So our buddy Zac from HEAVY called us a few months ago and said he had a great idea for a shirt, but it was kinda close to some of our Chopped Out stuff. I say what you got and he lays on me a simple phrase, "TURN ON, TUNE IN, CHOP OUT".
Whoa.
Rad, so what are we gonna do about it, i ask. How 'bout a joint effort? This would be perfect if we had EZ draw it, in fact it would be a waste if he didn't draw it. Zac agreed and a partnership was born and the result is right before your eyes. EZ sat down with a sharpie for many hours and laid down enough black lines to come up with the masterpiece (i'm not bragging because it's not my drawing). when it came time for color we (EZ, Zac, myself, and Harpoon) went around for about two weeks before landing on the colors like a black light poster.
Whoa.
And there you have it, it took eight, yes 8, screens to come together to print this puppy. Most people never own an eight color shirt! FMA has 100 of them (including girl's shirts) and Zac has 100 of them. Get one in the STORE. 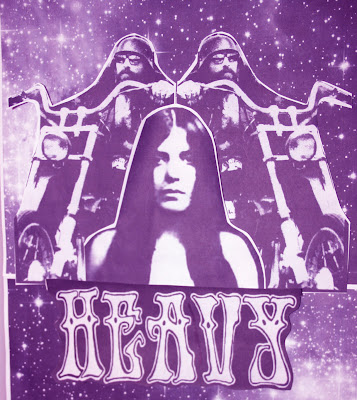 Labels: turn on tune in chop out