My dad emailed me this morning with a fresh batch of scans. If anyone has anymore specific info about the bikes than what i listed below please share. I left the pics big so you can see detail.

I remember as a kid looking through my grandparent's (dad's side) photo albums and seeing all kinds of neat stuff. I distinctly remember pictures of guys lined up on old motorcycles in front of buildings and was told that my great grandpa Peterson was a motorcycle cop in Salt Lake where I grew up and some where of him and his squad. He was killed on duty on his bike in the late '50s (i need to call my grandpa), hit from behind at a light. THere is a plaque in downtown SLC police station with his photo in rememberance.
Here is my Great Grandpa Peterson on as best i can tell a VL, not sure of the year the picture was taken and the exposure is real hot. 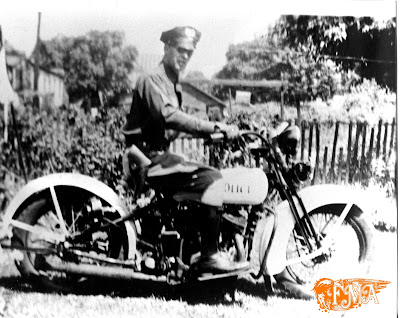 Here he is with his squad in 1938. Looks mostly like flatheads. it's hard to tell exactly, but there are lots of left side air cleaners. 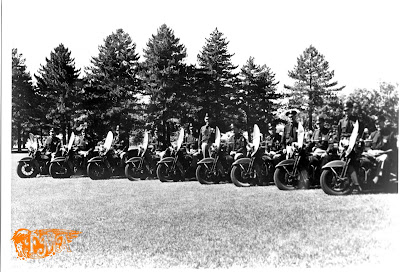 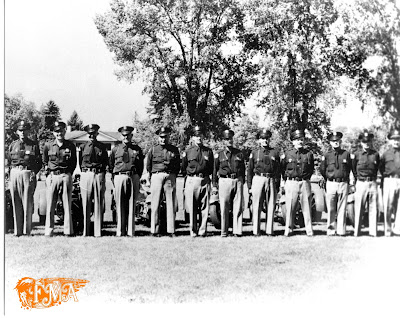 My Grandpa was also in the force and spent a long time on a bike as well. I remember he used to tell me that there was someone in town that had a hopped up '36 FOrd that they chased all the time.
Here is Grandpa Peterson in '48 with some fellow officers. He's on a knuckle ('41?) while the rest of the guys are on big twin flatheads, go gramps! 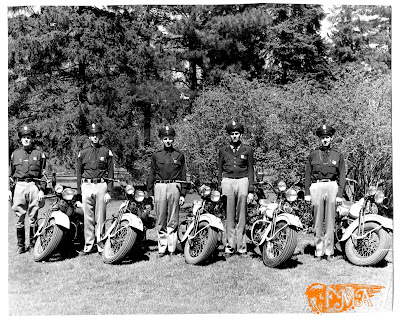 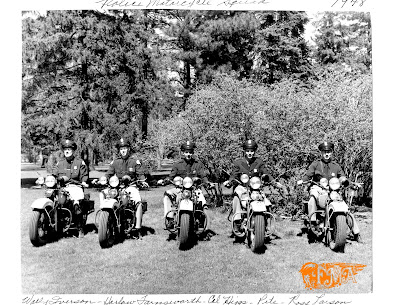 Here is Grandpa Peterson again a few years later (not sure exactly what year), but with the SLC MC squad on pretty new or brand new '49 or '50 panheads! He is the one circled in the first picture(thanks Grandma!) and i get my hieght and big hands from him, not to mention good looks. 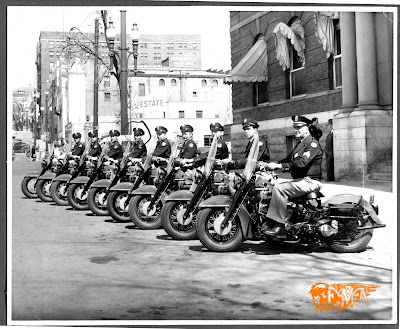 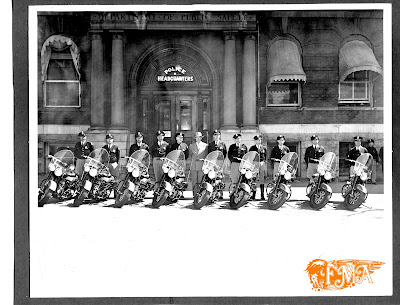 My Grandpa got off a bike and into a car after Great Grandpa was killed. My dad didn't let that stop him. Pops never joined the force (whew!) but he and his cousins caught the dirt bike bug in high school and road them since then. He taught me, my brother, and sisters and most of the neighborhood kids to ride at an early age (i think i was 5 or 6) on a '77 YZ80. My dad never owned or road a Harley until last year when i put him on my shovel, but he was always buying '70s dirt bikes at yard sales that he'd fix and we'd all go riding around Utah on.
Thanks dad, i'm still riding 24 years later! 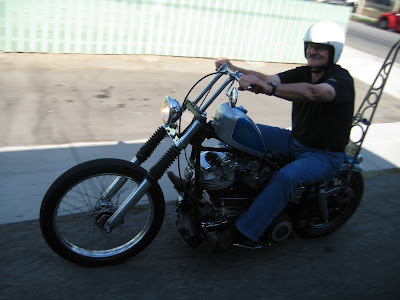 Labels: all in the family