As best i can tell, this is a '38 or '39 Knucklehead frame thats been setup for a panhead or shovelhead engine. The seat tube has been flattened on the motor side. There is about 1/2" of rake in the neck and the fatbob and dash mounts were shaved. Sidecar loops cut. Nice axle plates, seems straight, looks like it was part of a running bike not too long ago. This would make a sweet chopper frame, all the stuff you'd need to do for a killer bike has been done to the frame, so the blood isn't on your hands!
Email grant.peterson@sorc.com for more info, frame is located in orange county, california. 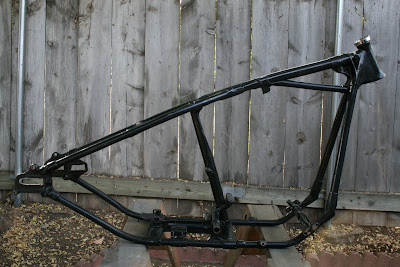 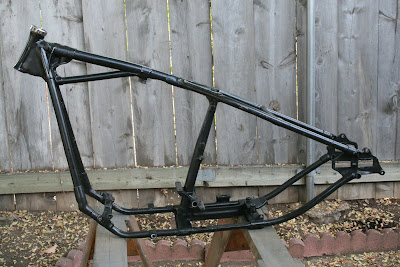 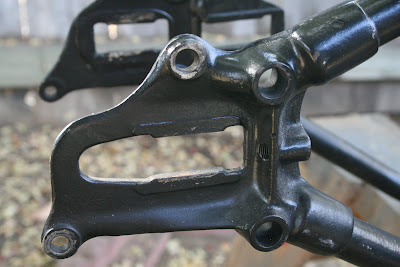 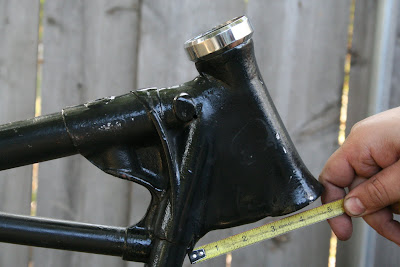 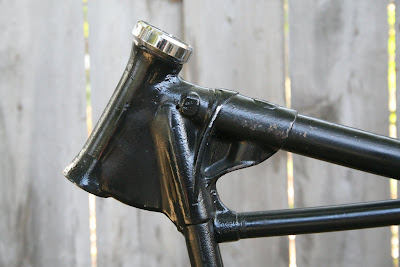 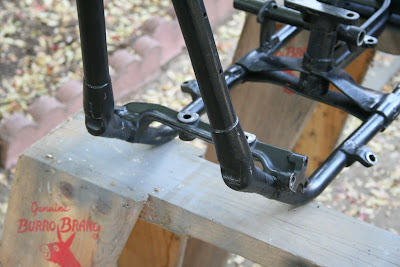 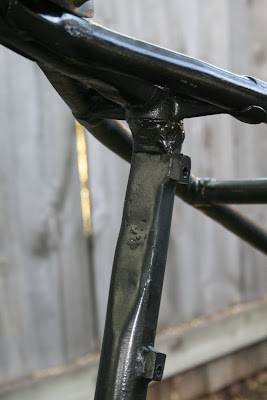 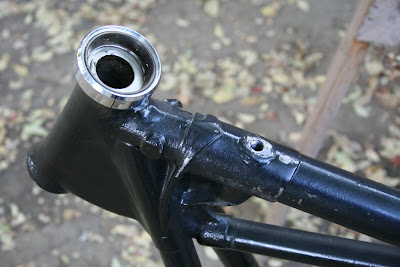 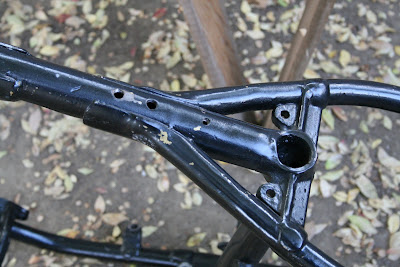 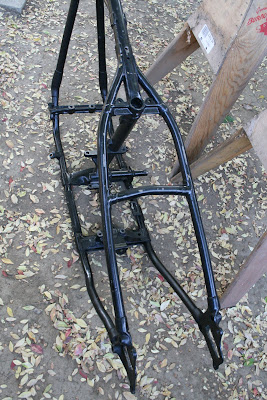 I got an email from the guy that last had this frame as a running bike with his 93" stroker shovel.
He said he had it straightened by a guy in San Jose named Puccio. Doesn't straighten them out anymore, but for years he was the go to guy in those parts. The rear cross tube under the seat was also replaced. the bushings in the brake cross over tube are new as well. The only thing Puccio didn't do was the top motor mount... which as you can see, broke on me. When I got it, it had already been clearanced for a shovel, and my 93" stroker fit in it like a glove. Attached is a shot of the bike I built with it. As you can see by the chair in the background of the photo - I painted it too.
-Derol

Here's his shovel in the frame: 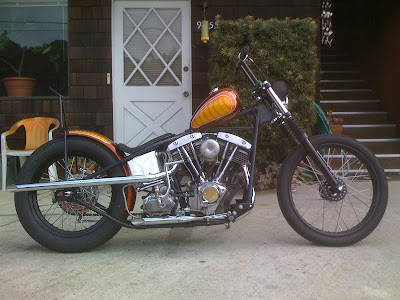 Labels: don't be a knucklehead