you have probably noticed that we haven't been here much this last week. Its for good reason, we've been in the garage!
I was busting ass trying to get my shovel done for the Grand National Roadster Show in Pomona over the weekend. It was a long week with little sleep. Going to bed at 2, 3, 4 , 6am and getting up early to still do my day job. I had manyt monents of doubt, but thanks to the help of Harpoon, and the last minute saves by Jeff Leighton, Mike Davis, Jeff Holt, John Edwards, Tom Perron, and Chopper Dave, we got the bike to the show. It didn't run and there are a few things i need to iron out, but it still made it and looked the part whcih is all i could hope for. I didn't do it to try and win and with it not running i couldn't, but i can say i built a bike that was in the GNRS--which was the goal. I was building it anyway.
I'll put more pics up later, this is all i have for now. It's time to piece my life back together, clean up the garage and the house, catch up on orders, ship parts, and sell some more parts so i can pay rent, because the bike broke me!

With this version (hopefully the last) i just wanted to build a simple Man's bike. Not super flashy this or that, no wild and crazy stuff, just a bike that worked as a whole and will look good forever. I had Hugger Orange in mind for an Oakland Orange-ish feel and settled on '63 Studebaker omaha orange because everything else was too red. I had to keep poon from getting carried away with the brush and to just lay one line on each fender lip in plack as well as the simple line on each side of the tank.

The tank, fender and taillight all turned out how i had in mind, with the taillight probably being my favorite (i'll get finished pics soon!). I was nervous about joining the narrowed sporty tank set, but i think it looks right on the bike now. The pipes and the sissy bar were again thinks i wanted to be simple and a little different, but not for the sake of being different. I also went from 4- to 6-over tubes in the shaved early glide trees that are STOCK WIDTH! proper chopper early wideglides get no respect any more and thats a shame. so even with all the narrowness to the bike i'm leaving the frontent the way it is, i was planning on narrowing a set of trees, but not anymore.
hope you like it as much as i do, thanks to all my friends that chippied in, it wouldn't have happened without you. And thanks to the QP for hanging in there! 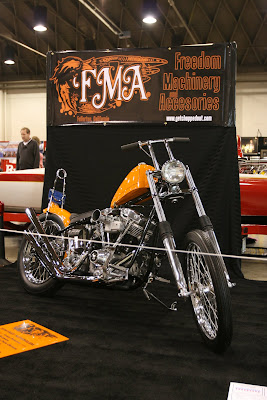 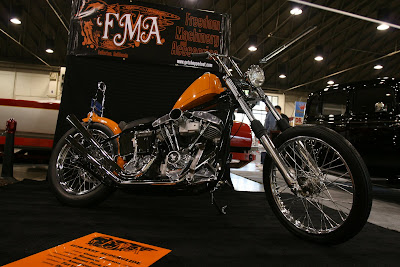 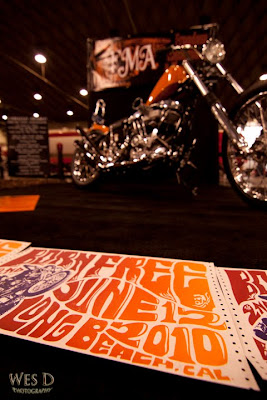 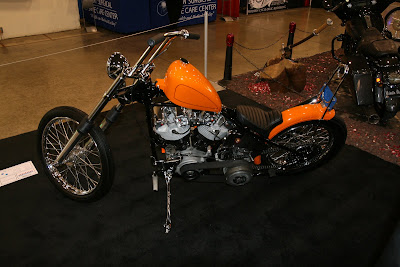 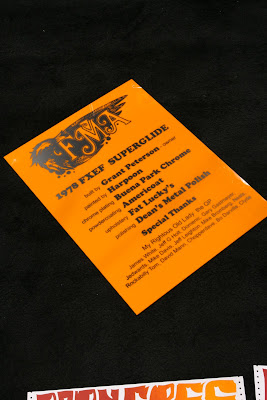