OK, gotta end the day with something more fun that the previous post.

Two things: Toru from Mooneyes in Japan has been spending time with us shooting some great photos. Here's some from the other day. And Toru, thanks for the sake! I'm hooked! 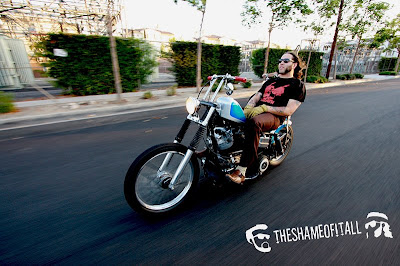 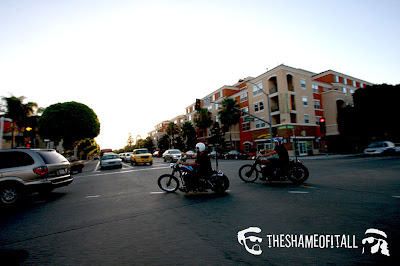 More news from across the Pacific! Looks like the new issue of Hardcore Chopper (Japan)is out now. They did a spread on So. Cal. painters like John Edwards and Harpoon. For Harpoons shoot we had about 6 bikes over here that he painted including Chopper Dave's Super Freak and flat track bike, Mark Drews' pan shovel, and Gilby Clarke's knuckle to name a few. i was lucky to have my shovel in the line up midway through it's fouth incarnation. Wish i had switched to the 4-over tubes and shaved lowers i have on there now, but whatever. I just ordered a copy from Hiro at Cycle Trash. Get Sum! 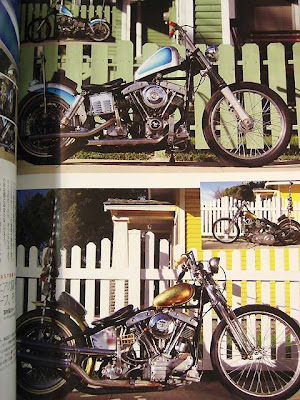