SOLD: 1948 Harley Panhead old show bike chopper fresh out of storage. This old panhead was built in New York back in the day and features lots of good old Harley parts. It has polished engine cases and transmission with a jockey top and police style hand shifter.It has a nice M74-B Linkert carb, points, and still has a 6-Volt charging system!
It has an original Harley rigid frame that has up stretch and rake in it for a nice stance with the extended early ('49-57) wideglide frontend that has nice chrome trees, chromed lowers that are in excellent shape, Forking by Frank tubes, and the stock glide drum brake assembly. It has about 4" tall risers and nice chopper style ape hangers. Mechanical brake in the rear, old Barr Ent solo seat and nice old p-pad. It has star hubs and 16" wheel in the rear, and soon to have a 21" in the front. I'll be switching out the 19 up front in the next day or two.
The paint is really cool and is signed by "Sinbad" on the rear fender. The bike looks black, but it is dark blue metallic with dark purple ghost flames that start on the front fender (off in some pics) and continue on the tank, the frame, and rear fender! The original paint has been polishing up very nice and could be an old lacquer job.
The bike had been off the road for the last decade and i just detailed it, primed the motor, cleaned the carb out, and got it running again. It runs well and is a fun bike to ride! it has old New York registration, but will soon have a California title. Will ship anywhere worldwide at the buyer's expense, but i can drop at any LA area shipper. Bike is located in SoCal.
Email grant@getchoppedout.com to buy.
I will try and post a video of it running. More pics available 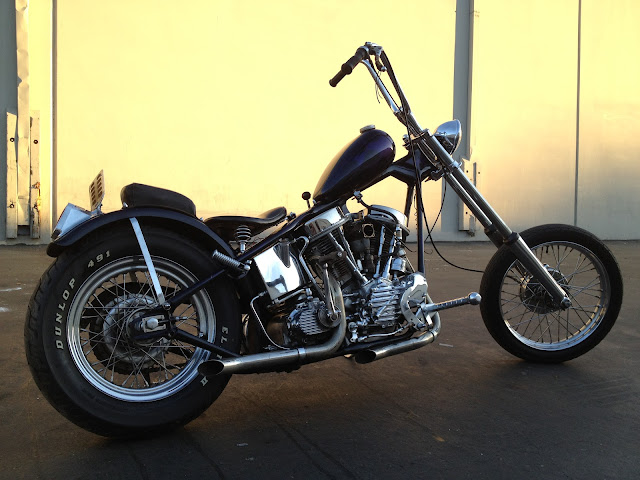 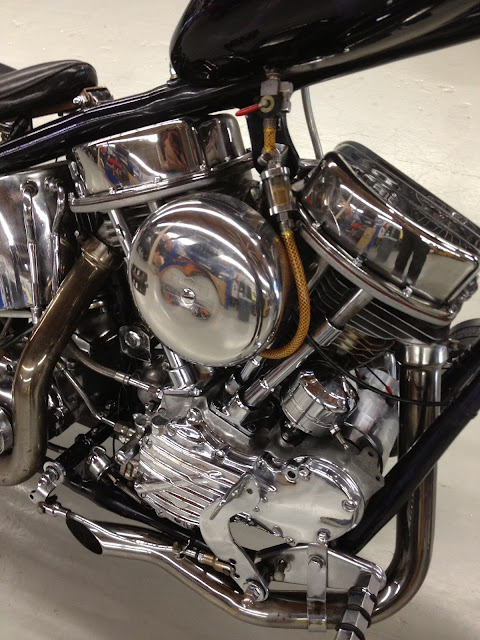 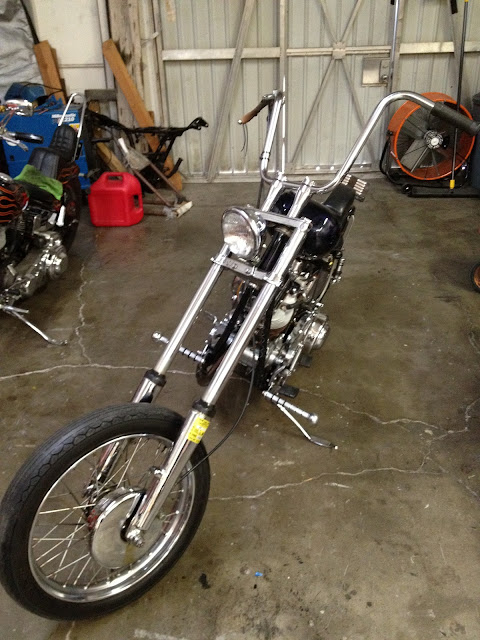 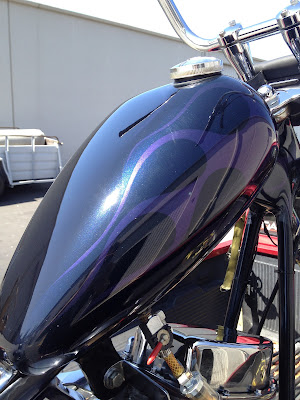 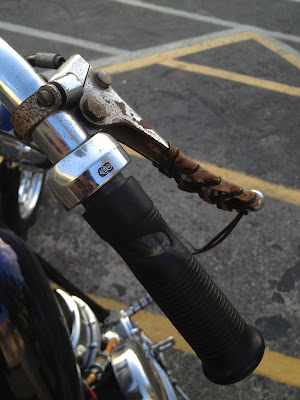 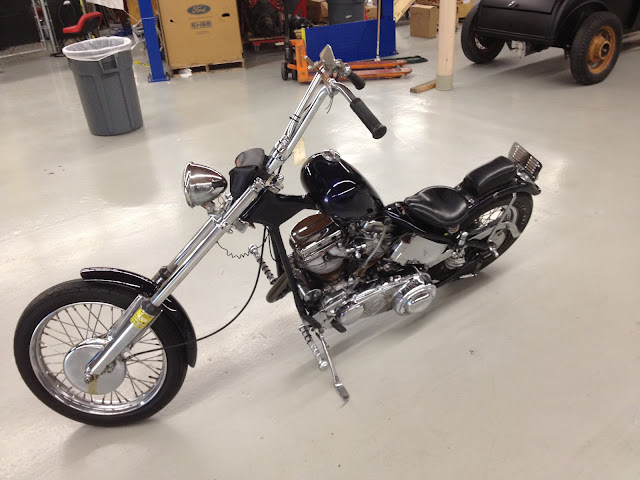 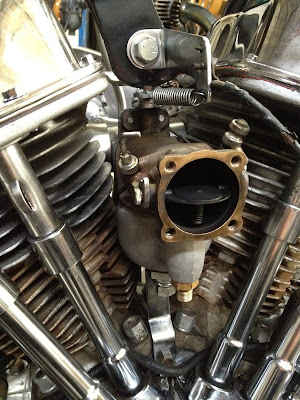 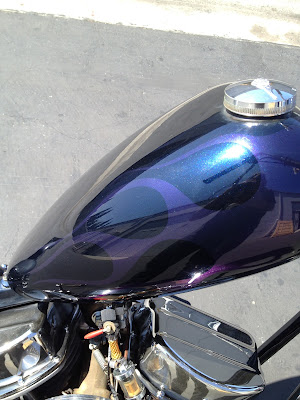 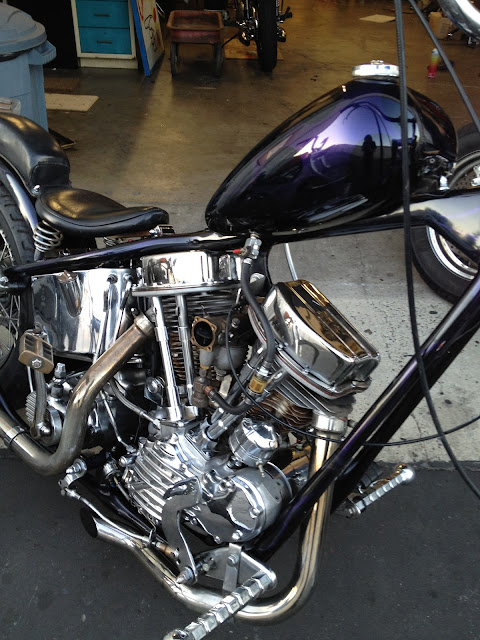 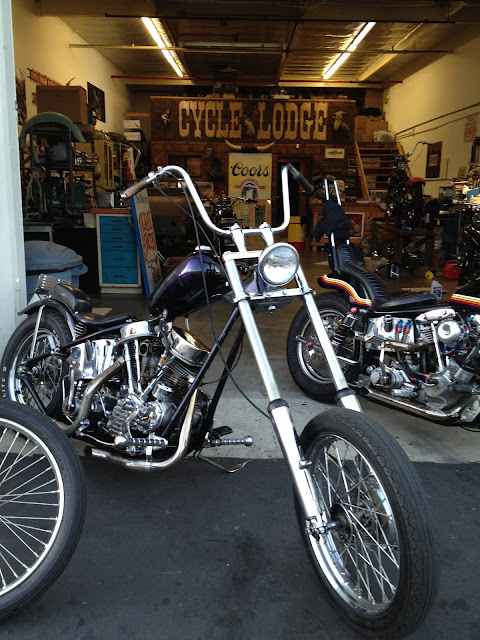 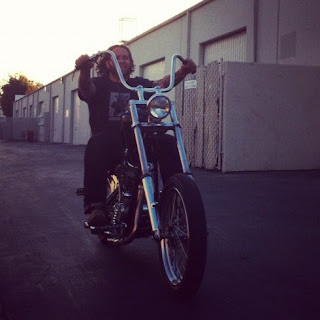