I can't get the old Indian Chief I ran across here in rural NY off my mind.  Much poking around the internet has made me realize that chopped Chiefs aren't worth as much or as coveted as their Knucklehead counterparts of the era, but man, they're still really cool.

While researching chopped Chiefs I ran across a great article about Steve McQueen's bike "The Blob".  I'm sure that many of you are aware of this, but it turns out that McQueen's bike was actually a clone.  A gentleman named JD owned (and maybe still owns) the original version and McQueen tried to buy it from him, but he was unwilling to sell it, so McQueen just had him build a replica.  The rest is history.

I don't want to paraphrase the original author's words, so please take a look here if you're interested in learning more.  With the red on the tank and the flatter fender, I like JD's bike just a little more than the version he built for McQueen, but both are still very cool. 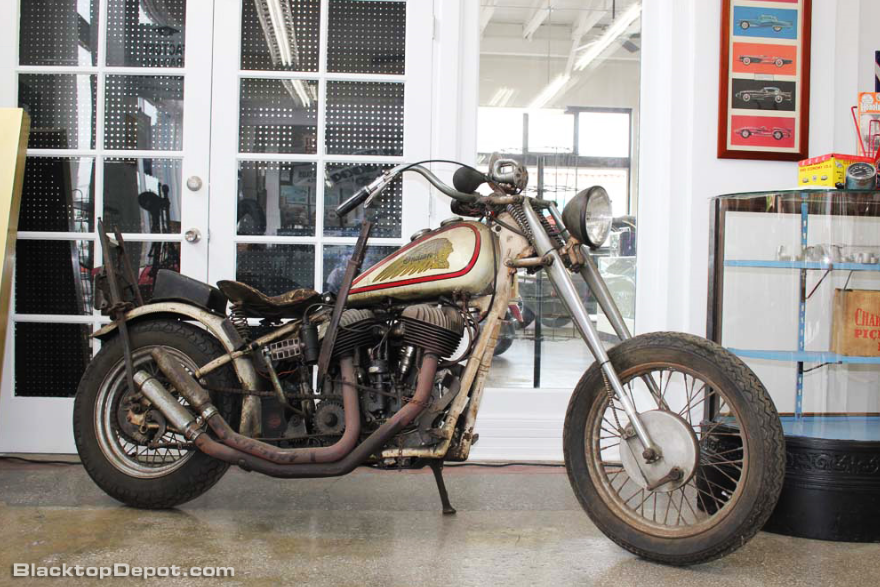 Posted by Jet City Jughead at 6:22 AM