Our buddy Brent that used to work at AEE back in the day sent these pics and a note: 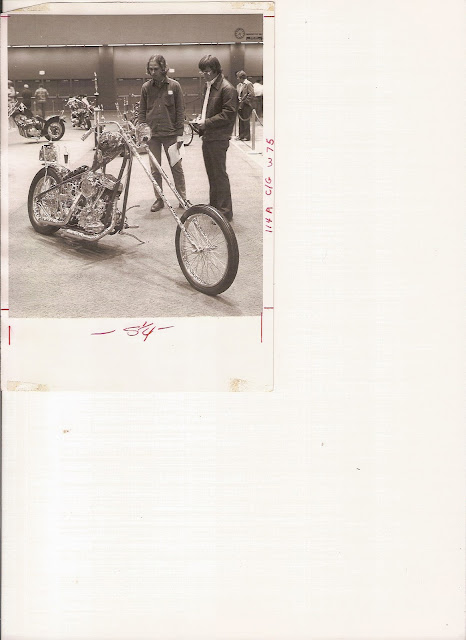 " first one is Dain Gingerelli of Street Chopper and a guy named Sandy Roca (photog out of Northeast) judging a bike show in San Diego around 1973......Check out the rigid front end. I rode a rigid "everything" bike once. Scare the bejesus out of ya though with the right road they flex real nice! Bike has nice engraving on it though way too damn much.
Second one is outside AEE back in the day. That was Tom McMullen's bicycle Dain is wheeling. We used to dick off like that  alot. We also had a ten speed we raked the neck and stuck a bent up 18" over springer on. Evil handling bitch!!" 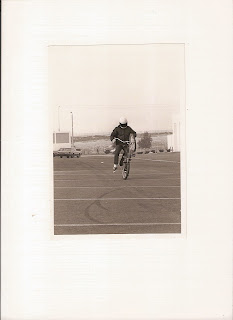