Asphalt Gods is a book by our friend and Midway City phenomenon Gabe Griffin and is a wonderful pictorial of the Heathens MC of SoCal from back in the day. CLICK HERE to buy one, they are limited. 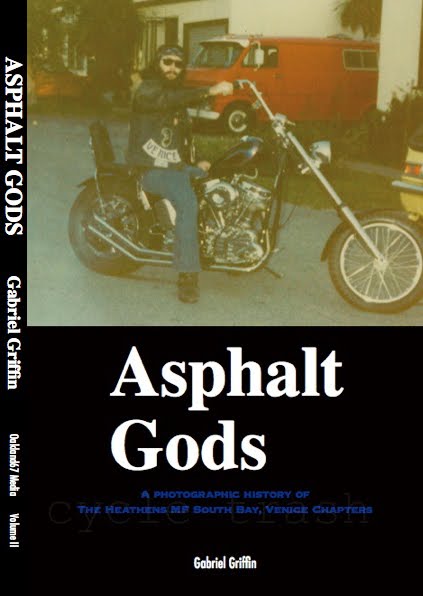 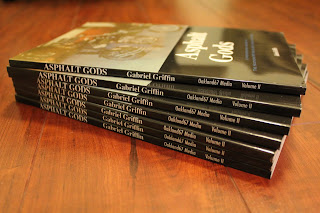 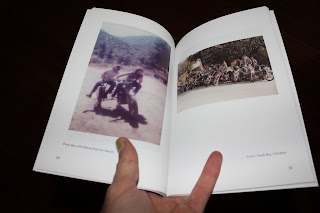 From Gabe about the project, he's also been workin on a film documentary about the Heathens...stay tuned.

"This is a project that has been on the top of my OCD list for the last three or four years. I started out playing music with lyrics from a 60's club members point of view and that turned into a three camera, two car shoot from California to South Dakota to interview the original members of the Venice and South Bay Heathens Motorcycle Family. Crazy. I couldn't believe I was going to actually do it while I was coordinating the camera crew and renting vehicles. If someone came to me and said "hey, I'm going to hang out with this motorcycle gang that I met. You want to bring a video camera and film it?" I would think that guy was crazy. Motorcycle clubs don't put up with that shit. Well, this group liked me enough to let me sit down with them and tell the story of the rise and fall of their club in the 70's and 80's. Hours and hours and hours of video footage, interviews, hundreds of vintage photos collected and too many crazy stories to tell in one sitting. That turned into the book that you see here. It turns out editing is extremely expensive and this movie is going to take a good chunk of time in the editing booth."